The Big 12 Goes to College

If you buy something from an SB Nation link, Vox Media may earn a commission. See our ethics statement.

Share All sharing options for: The Big 12 Goes to College

We've all seen them. Those blog posts that portray Big 12 Coaches as South Park characters, or BOTC's hilarious Adventures of the Big 12 series. Unbridled hilarity, I'm sure. And since I'm normally as dry as a Hawkeye coach in a Big Ten Network commercial, unbridled hilarity isn't really my thing. But, I'm bored enough that I'm going to try and be funny, damnit. The Adventures of the Big 12 got me thinking...the conference does really have a variety of personalities that are attached to each school...so how would they fit in at college...maybe even a party?

Baylor - Out of Place Religious Guy

Baylor doesn't really quite fit in. Normally a goodie-two-shoes, Baylor likes to spend his time on campus worrying about academic pursuits and likes to think of himself as a man of the world (read: Baylor men's basketball roster). Baylor tries to let loose occasionally, trying to find that perfect fit, and, while nobody really hates the guy, no one really knows what the fuck he's doing there. Who invited him? Oh shit, you mean he's related to to cool kids? Well, at least I don't think he's a threat to the keg. 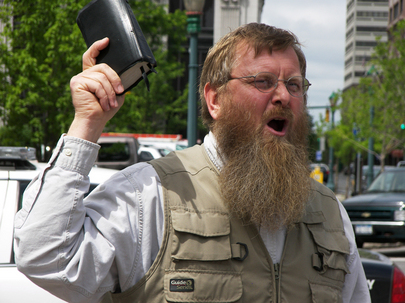 And, on the twelfth day, God said "eh", and Baylor was created.

This one's pretty obvious, isn't it? He normally hangs out, doing his own thing. You know, I think he used to play sports or something, but some shit went down, and now he isn't really interested in success. And, he's got weird fuckin friends. Much like Baylor, he doesn't really seem to fit. He smells weird. Probably should get a haircut. But he just happened to make enough friends a few years ago that he's begrudgingly accepted. I'm just not sure he knows where he is half of the time. 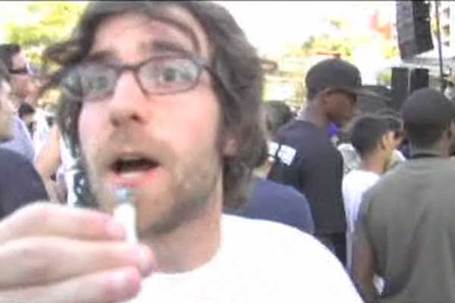 Iowa State has been there since the beginning. He's been friends since you all were (the Big) six. But, while you were out getting to be cool and all that, Iowa State's been doing his own thing. Mind you, he's not real good at his thing. One year, everything seemed to go well, but that seems to have just been an aberration. He's been close at times, though, man. But, at that special moment, when Iowa State is seemingly really close to getting that hot chick (he's even in bed with her!), he manages to blow it before any action really starts. He was part of that original group of friends. No one really cared if he showed up to the party, and no one notices enough to make him leave. They might say hi, though. Has a drinking problem. 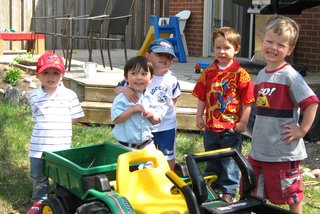 The Big 8, in simpler times. Notice ISU in the Spiderman shirt, trying to act cool, but shedding tears as he fails.

Kansas - The Kid That Gets Good Grades, But How?

Kansas never goes to class. I mean, you've never seen him there once. So how in the hell did they pull the A? The dirty SOB cheats, that's how. I mean, poor Iowa State works just as hard and has nothing to show for it. That's not to diminish Kansas - I mean I'm sure he's smart, but he's got his own way of doing things. He gets the hotties though. Or normally, anyways. No one's sure how he does it - I mean, is he really that appealing? But he does. The kind of kid that thinks he's too good for the keg beer, even if he's just drinking Bud Select. 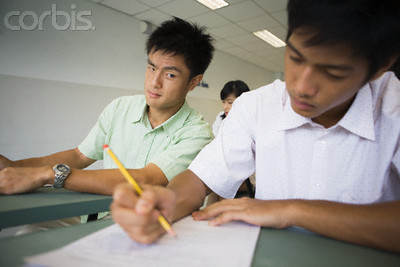 Keep Kansas away from your answers and your women.

Kansas State - Cheated His Way Through High School, Finding Things Much More Difficult Now, But No One Really Hates Him

Kansas State was that kid that thought "unwholesome methods"  would work forever. And, when he tried to change course in college, it didn't work. So now he's giving it another try. He is not interesting in the least (drive to Manhattan, Kansas and try not to kill yourself). So, how in the bloody hell did he attract the hot chick? Everyone jokes around that he paid her, and sometimes you swear its the truth. Closet alcoholic. Occasionally good at beer pong. Still, if you sit down and talk with him, he seems like an alright guy. Wonder why he's not more emotionally needy, cause his life has sucked lately....

Are you sure everything's alright, little guy? You say it is, but how could it be?

Missouri's that kid at the party. I mean, people like him and all, and he can be fun to party with, but is there anything exceptionally redeeming about him? He likes to write in his spare time, so he's got that going for him I guess. He occasionally hangs with the cool kids by himself, trying to act to good for his old clique, but he's probably best served to remember his roots as well, cause the cool kids embarass him at times too. He also really likes shitty beer. He's that guy in all your Facebook pictures. 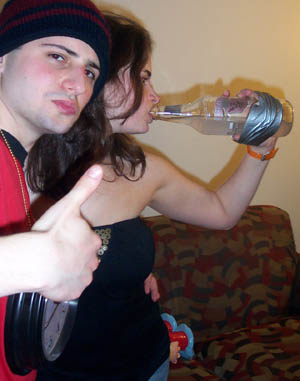 His real name is Missouri, but we call him Mizzou for short.

Nebraska - The Cool Kid From High School That Let Himself Go

Nebraska was the cool kid from high school. He was the captain of the football team, was known for being hard working, and everything seemed to go his way. But, after his glory days were over, he's struggled to adjust. He's gotten into experimentation. He also spends a lot of time in his room by himself, and who knows what he's doing in there? He's got kind of a gut now, but that doesn't stop him (or every freaking one of his close friends) from saying how good he used to be. He forgets he's not as good as he once was. 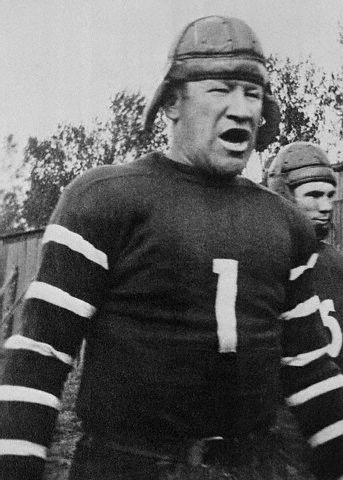 Yes, we know you used to be good 'back in the day'. You and your friends are the only ones that care anymore.

Oklahoma, much like Stella, has gotten it's groove back. He was the cool kid long ago, but some rough times hit. He's hitting his stride again. And, although he seems to be a great physical specimen, why can he never land the hottie? Does he just suck at closing the deal? I mean, we think he's cool. We'd like to be more like him. He's gotten some bad people out of his life. But, he just can't seem to land the right one at the end. Maybe he's gay. I mean, he might get some action tonight, but no one's quite sure. 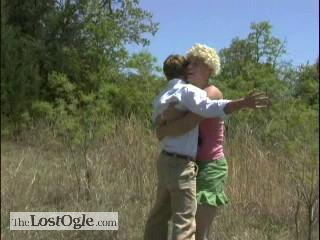 There's something a little off about Oklahoma.

Oklahoma State, as I'm sure you've all heard, has a rich grandfather. And, his grandfather is getting old and a little strange, and he's giving little Okie State his money. And Okie State is goin' all out. He tries to act cool. Really cool, like his cousin Oklahoma, but I'm not sure everyone's buying the weird lookin' kid rolling around in the Escalade. I mean, he thinks he's a man. He says he'll take on anybody. But when it comes time to party with the big kids, where did he go? He kept up for a bit, but I think he passed out in a corner somewhere. 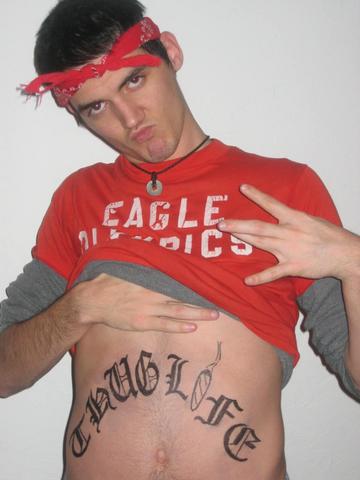 Oklahoma State, after two beers. He passed out 35 minutes later.

Texas - The Other, But Richer, Stud

Texas has it all. I mean it. Things just seem to go his way. He gets all the women. He's really popular. Kind of one of those guys you want to hate, just cause he's got it all. You're even jealous of his TV. He gets into it with Oklahoma, and you know he doesn't really like his little brother Texas A&M. Everyone says hi to him, and he might act like he knows you, but I don't think he really cares. You'd love to be cool on your own without knowing him, but I'm not sure you can pull it off. He just makes you feel worse about yourself. 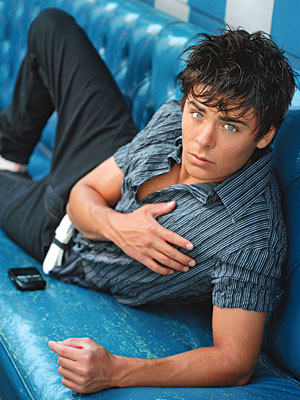 Texas A&M has always been in his big brother's (Texas) shadow. He comes from the same family, and, while he does have a great background, it's not working for him anymore. Has trouble getting friends that really like him, so now he hangs out with some fatty. I mean, he really has no reason to be cocky anymore. Still, he hangs out with the cool kids because of where he's from. 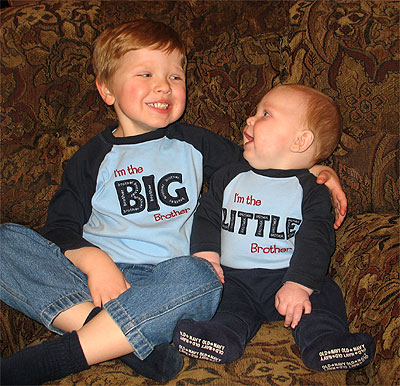 That's A&M on the right.

Tech is fuckin' weird. He hangs out, playing NCAA Football 09 all day. Don't get me wrong, he's really good at what he does, but what else does he do? No one ever talks about him aside from his talents on the sticks. Will anyone ever take him seriously? He really wants to be taken seriously. No one does though. He shows up to the party, acts really awesome for once, but people are like "cool!" But then, he's just kind of gone from the party, more than likely back to his place, saddened, comforting himself in the glow of his TV. 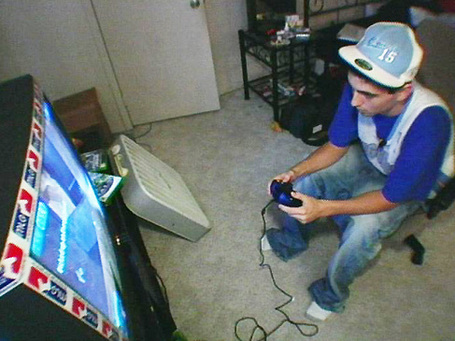 Maybe you should get some sleep Tech, it's 3 AM...

Hope you enjoyed this, I'm trying my best to kill time before the BCS Championship game.