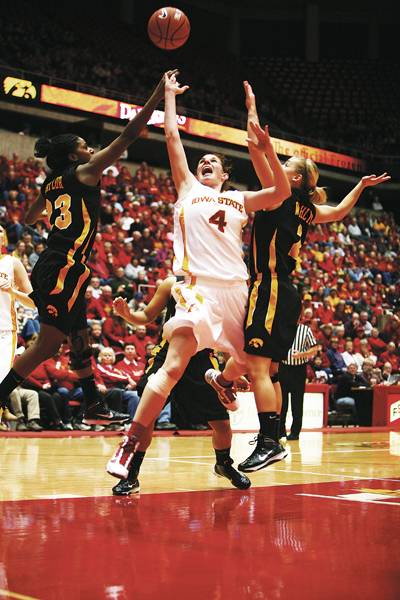 I'm not going to sit here and pretend I know a lot about women's basketball. I don't. I've been to some games this year, and have rooted for the Cyclones, but it's a very different game than the men.

That said, I'm going to the 1st Round of the NCAA Tournament hosted here in Ames, at Hilton Coliseum. First round action includes #5 Virginia vs. #12 Green Bay, and #4 ISU vs. #13 Lehigh.

Here's what I know about Lehigh: They've won 16 games in a row, are Patriot League Champs, have the 14th best defense in that they allow only 54.5 ppg, and aren't the greatest of rebounding teams (average rebound margin is +0.8).  Scoring-wise they are pretty balanced amongst all 5 of their starters, ranging from 13.9 ppg to 7.1 ppg.

It should be an interesting game, as both teams are look to be blue prints of each other. Just looks like ISU executes a little better, and has better players. I could easily see this as a grind-it-out type of a game that ISU wins by 6 or 8 points. Lehigh doesn't shoot it particuarly well, so if ISU can take advantage of the boards, it could be much larger.

I have a good feeling about ISU's chances. ISU is going to be ready to play, and they've shown they can win up-tempo higher scoring games, but they can also slow it down, grind it out on defense, and win that way too. That's just a sign of good coaching, and having players that can be adjust.

I'll save my thoughts about Virginia until we have it confirmed that ISU is playing them on Tuesday. In short, it's going to be a tough game, and it's good that ISU will be playing at home. I will be going to the earlier game at 6pm (I believe), so I will have some more material to base my preview for that game off of.

The ISU game tips off at around 8:30pm tonight on ESPN2. Of course, you can always come to Hilton if you live in Central Iowa!

Also, let's use this thread to discuss Virginia vs. Green Bay and ISU vs. Lehigh if you're following along from your computer and want to share your thoughts.