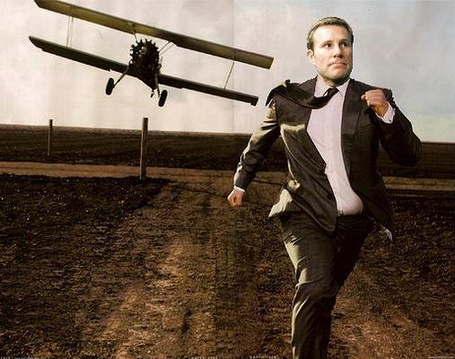 With the commitment of Nkereuwem Okoro Monday morning, Fred Hoiberg has pulled in his second promising 2012 recruit from the Northeast area of the country. Okoro is a shooting guard from St. Raymond high school in the Bronx with offers from Arizona, Pitt, St. Johns and others. Combined with Georges Niang, the 2012 power forward from Tilton, New Hampshire and Tavon Sledge, the 2011 point guard from Dix Hills, NY; it’s fairly obvious that Hoiberg and staff have made New York and the surrounding area a recruiting priority.

This is a promising trend, and a welcome change from recruiting efforts ISU saw in the GMac era. The prototypical New York player is a high-energy guard that can drive and get to the rim quickly (for an interesting read, check out this article about NYC playground basketball rims. It talks about how the design of the rim itself dictated the style of play in New York. It’s more entertaining than an article about metal working has any right to be). In a league like the Big XII, dominated by athletic guards and big men; New York has a lot of players that can make Iowa State competitive quickly.

The Northeast focus is a testament to the relentless recruiting of recently-promoted assistant coach Matt Abdelmassih. When first hired as a graduate assistant in 2009, Matt briefly served as a recruiting coordinator and helped bring hyped transfer Royce White and the aforementioned Tavon Sledge into the fold. A recent graduate of St. Johns, Abdelmassih knows the area well and is able to relate to high school players in New York.

With TJ Otzelberger transitioning to more of a game planning role in his fifth year with Iowa State, Cornell Mann was recently hired from Dayton as a recruiting complement to Abdelmassih. Most recently known for being charged with an OWI the week after he was hired by Iowa State, Mann redeemed himself somewhat by bringing in Percy Gibson, a 2011 power forward from Detroit, MI. A Michigan native, Mann’s recruiting focus seems to be the Ohio-Michigan rust-belt, an area that has been kind to Iowa State in the past (Jeff Grayer, Barry Stevens, Victor Alexander).

In fact, the renewed focus on the New York-Michigan-Northeast signals a kind of callback for Iowa State. Johnny Orr recruited Michigan heavily, and Wayne Morgan and Larry Eustachy built some of their best teams with players from New York and the surrounding area (Jamaal Tinsley, Curtis Stinson, Rahshon Clark, Will Blalock). For a coach like Fred Hoiberg, one who fully embraces the history of ISU basketball; this recruiting focus is probably wise move.