Share All sharing options for: Crap. Here We Go Again.

As most of you have probably heard by now, The Texas A&M Board of Regents will be holding a vote about whether or not to SECede from the Big XII. While nothing is set in stone until the 22nd Monday, will Texas A&M vote to become the Kansas State of the SEC in order to finally tell Texas to stuff it? 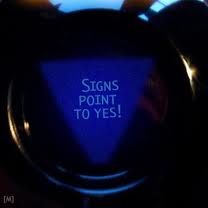 Turns out the Longhorn Network was the straw that broke the Aggie's back. Moving the meeting up to Monday is clearly meant to circumvent any sort of political wrangling like we saw during the formation of the Big XII, when then Gov. Ann Richards got her alma mater, Baylor, into the Big XII ahead of TCU or Houston.

I can't say that I'm confident in Commisioner Beebe to do anything competent at this point. Unless the Big Xii can pull something out of it's sleeve, it's probably only a matter of time and years. I sincerely hope that Jamie Pollard is on the phones trying to work out something, anything with another conference. I'm not holding out much hope for the B1G at this point (unless they expand to 16 after some crazy arms race with the SEC during super-conference formation.), but the Big East was looking at us at one time, and they only have 9 football teams - maybe it's time to press that possibility? Maybe we look at a resurging MWC? Whatever happens, Iowa State needs to set something in motion, or we are going to end up being the team with the biggest scoreboard in the MAC.