Share All sharing options for: Rhabdo Ruminations with Chris Doyle 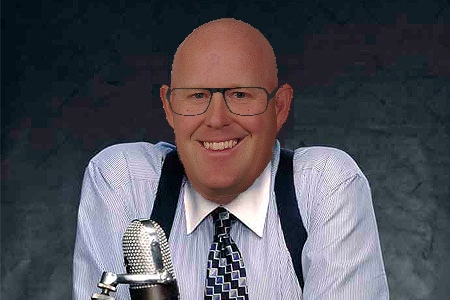 Announcer: After reports surfaced of Iowa Hawkeye trainer Chris Doyle's... unconventional training methods last winter, USA Today commissioned Doyle to write a series of articles laying out his philosophy. So if you're not reading Chris Doyle’s Rhabdo Ruminations in USA Today, then you're missing out on the issues that matter.

It’s been a rough few months readers, but honestly, nearly killing 13 kids is the best thing that’s ever happened to me.

Here's the dirty truth folks, Gatorade does not cure all ailments.

Gatorade & whiskey WILL cure a nasty case of work-induced depression, however.

You know, an anagram for Rhabdomyolysis is "Myriad sly hobos." Think about it.

Has anybody ever died of over-exertion? I mean, really?

If you only view one website the rest of your life, it should be this one. This guy has been telling me he’s going to wine & dine my mother for the past five years. Seems nice. That story is also fresh & original.

Sudden thought: When did a coma become such a bad thing?

When it comes to urine color, yellow is a terrific, but so is myoglobin-infused dark brown.

I have no tolerance gang, for anyone who talks to the press. Snitches get stitches.

Of all of the figures of the 20th Century one of the greatest has to be Kirk Ferentz. True leadership is about NOT admitting your mistakes.

When it comes to kidneys, you only need one, gang. The other one’s a backup, should you blow one out after a criminally intense weight-lifting session. Happens more often than you’d think.

I don’t care what anyone says, those players were pussies.

Announcer: This has been USA Today's "Rhabdo Ruminations with Chris Doyle."